Publications form an important part of Global Music Centre operations. In the early days of the organization, publishing was associated mainly with research on workers’ music, and publications were principally in the form of books and printed music. Since the 1990s, however, the focus has shifted to sound recordings. CDs are produced by the Global Music Centre from recordings made both in the field and in the Centre’s own studio. 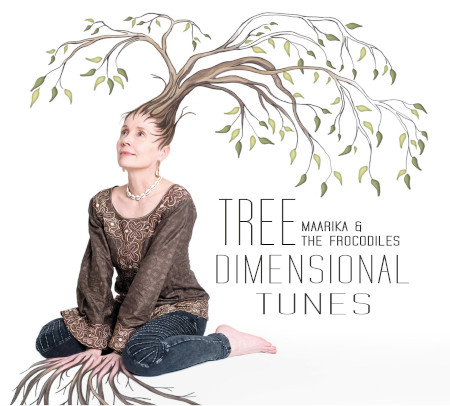 With fluid acoustic virtuosity, Maarika & the Frocodiles spin captivating melodic tales that range from the Sahara region to the frosty northern latitudes. The album’s name, Tree Dimensional Tunes, relates to the talkative balafon, which serves as a musical narrator. In the Mandinka language, bala means tree or wood while fô means to speak.

Autio wrote the lyrics and composed and arranged the songs, which dip into the West African musical tradition. The subject matter ranges from happily learning the Mandinka language and paying homage to a stubborn ram to longing for what has been lost – and in the song which is most poignant for Autio herself, a mother who is disappearing behind a veil of forgetfulness.